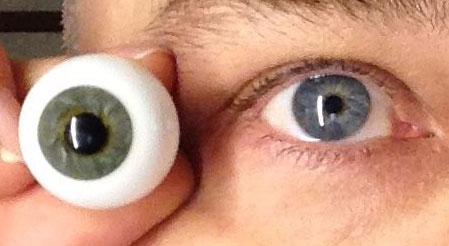 Every two to three years (depending on the foundation’s financial situation) an open call will be sent out searching for new or existing projects of individual artist and artist groups. The Anni and Heinrich Sussman Foundation will support the chosen project with an award of up to 5000 euro for this particular call. The Sussmann Foundation will pose a new topic that connects the founding idea with the current global political and social situation. The winner of all received submissions will be the one, which according to a panel will be best suitable to be actually realized.

For 2019 the Anni and Heinrich Sussman foundation will emphasis the following issue:

Living in a Surveillance Society

We live in a Surveillance Society in which surveillance technology is widely used to monitor people’s everyday activities. Today, surveillance -“The focused systematic and routine attention to personal details for purposes of influence, management, protection or direction” (David Lyon) -penetrates almost every sphere of our existence, as individuals and communities are observed by authorities, institutions and corporations.

We are becoming more aware of how broadly surveillance is embedded in our lives, how our right to privacy faces growing threats from a growing surveillance apparatus, and how both our private and public spaces are subject to indiscriminate monitoring. Living in this surveillance society means that surveillance has become part of the everyday operation of our world. Surveillance technology today enables states and corporations to record, collect, process, and analyze data collected from the public in groundbreaking scale. The latest NSA revelations due to leaks by Edward Snowden, the use of surveillance to obstruct elections (e.g., Cambridge Analytica) shows us the need for awareness and understanding of the use of surveillance and efforts used to keep it hidden.

Surveillance systems can be used in the name of security and provide safety to the public, as well as comfort and convenience –there are can be many positive benefits from surveillance technology. However, these systems can also be easily abused, manipulated, and used for control, power, and plain profit. Surveillance society may be different from one society to another, But in every cultural context you look at it, there are consequences regarding questions ethics, human rights, social exclusion, discrimination, choice, power and empowerment, transparency and accountability. The uses of surveillance can threaten democratic citizenship itself, doing away with the basic idea principles of self-determination.

This ambivalence towards surveillance is expressed by scientists, artists, designers, and engineers who have created many projects that use, question, and counter-surveillance. Some expose the way it works and functions, while others have designed tools to protect, camouflage, hide from the act of surveillance by reusing, manipulating, or distorting these systems. We are interested in supporting art projects that address this current situation –living in the Surveillance Society. Art has the potential and the ability to change perspectives, and raise questions and maybe even make a change. We invite Artists taking a stand, provoking, creating a dialog, annoying, interpreting, making space, telling stories, shedding light on hidden spaces, in order to resist powers that try to limit freedom, equality, and democracy. They are the ones that seldom get support both financially and institutionally, and we would like to support with our award one project modestly.

We are accepting applications for the support for projects that address “Living in a Surveillance Society” till the 15th of October to this Link:

If you don’t want to use google products please send a pdf to office@sussmannfoundation.org with the following information: